If You Build It…

Dreams oft times morph into nightmares. So the last four years should made into a movie called Field Of Nightmares, starring Barack Obama and the American people. 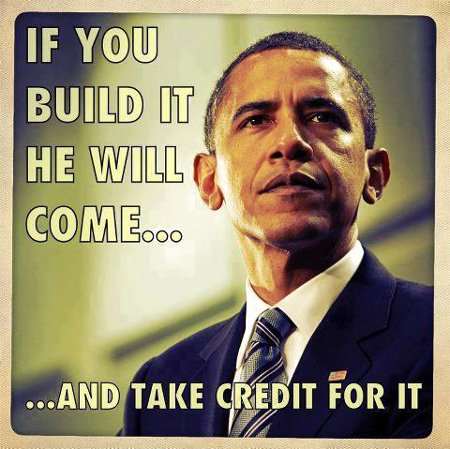 I don’t know if it should be a black comedy, tragic morality tale, or a docu-drama though. It could be made as one of those genres.

One thing is certain though, if an American built it, be it a business, a home for his family, or a life of success and security, the Campaigner-in-Chief will come and try to take credit for it. He has to; he’s built nothing of his own except a reeking pile of failures.

This entry was posted on Wednesday, October 3rd, 2012 at 8:16 am and is filed under Politics. You can skip to the end and leave a response. Pinging is currently not allowed.