In an ever-so-expected paroxysm of profiteering off Demographic Symbolism, Hillary Clinton has official started her 2016 Presidential election campaign. It is, however, also expected that the shear mass of scandals attached to her will make it difficult for her campaign to get off the ground. 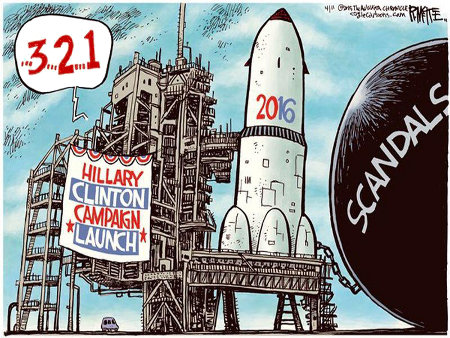 Yeah, Hillary’s going to need some serious heavy lift capabilities for this launch to work and NASA, as it is now, isn’t going to be much help.

Fortunately for her though less for America, the Russians’ Soyuz-2 is a proven heavy lift rocket and Hillary’s never shown herself to have any qualms about accepting foreign assistance. 😉

This entry was posted on Wednesday, April 15th, 2015 at 4:44 pm and is filed under 2016 Election, Humor, Politics. You can leave a response, or trackback from your own site.