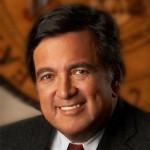 On Sunday, January 4, 2009 Governor Bill Richardson of New Mexico, one of America’s most notable Latino politicians and President-elect Barack Obama’s designee to the Cabinet position of Secretary of Commerce, dropped out of consideration for that post. Richardson attributed his decision to the ongoing federal investigation into his alleged corrupt business dealings as Governor of New Mexico.

It seems a federal grand jury is investigating whether the California company, CDR Financial Products Inc., won two separate consulting contracts in 2004 worth about $1.4 million to advise the state on a large bond issue improperly won those New Mexico state because of recently making significant contributions to Richardson political action committees.

Personally I think it shows a high degree of sensitivity to the needs of the nation for Gov. Richardson to step aside in wake of his pending corruption charges. Especially since the investigation is no where’s near complete and not at the point where it’s even marginally clear whether or not he committed any wrongdoing.

This entry was posted on Sunday, January 4th, 2009 at 6:50 pm and is filed under Politics. You can skip to the end and leave a response. Pinging is currently not allowed.