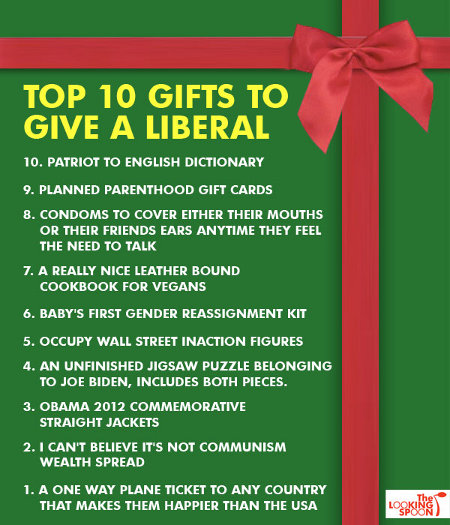 There are some great gift ideas for the Leftists living within our nation’s borders though so don’t forget them this holiday season. Remember that, while Liberals and Progressives hate and loath Christmas, they love being given things, whether those things are called presents, hand-outs, or entitlements. 😉

This entry was posted on Friday, December 21st, 2012 at 11:00 am and is filed under Humor, Politics. You can leave a response, or trackback from your own site.