Obama’s agenda or incompetence got four Americans murdered by Muslim vermin in Benghazi, Libya. The sum total of Obama’s response has been to lie, dissemble, and distract from his and his regime’s crimes in the matter. 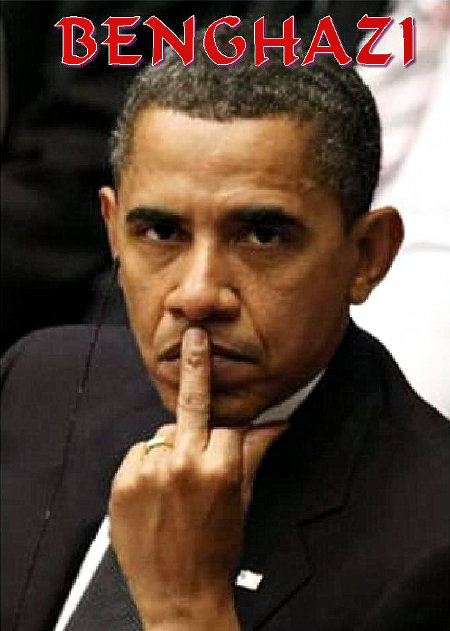 This coming Tuesday, November 6, 2012 is Americans’ first, best chance to make the filthy mockery of a man and a POTUS pay for his crimes and sins. After then enacting retribution upon this piece of shit will be a bit more difficult and carry greater consequences.

Of course, there’s four dead Americans and four currently live Obamas in the White House. I could understand where some would see the poetic justice in more direct retribution, though I think that should be carefully considered before acting…

He will be responsible for letting a condition develop in this country which will create a climate that will bring seeds up out of the ground with vegetation on the end of them looking like something his people never dreamed of. In 2012, it’s the ballot or the bullet.

This entry was posted on Sunday, November 4th, 2012 at 1:43 pm and is filed under 2012 Election. You can leave a response, or trackback from your own site.