In these days of “photoshopping,” image manipulation, and post processing – and the various arguments and outrages surrounding such – it’s nice to woman depicted “naturally” without such things.

Hence, here’s Beshine aka Mayra Hills and 100% genuine fake tits. That’s right! Those whoppers are real…in the sense that the pic isn’t “‘shopped” in a way, shape, or form. 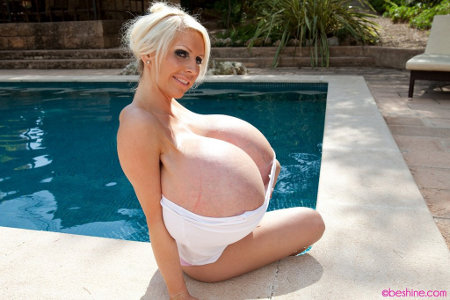 This entry was posted on Sunday, May 17th, 2015 at 9:01 am and is filed under Humor, Society. You can skip to the end and leave a response. Pinging is currently not allowed.