My home, NYC is often the site of significant street protests. Hellfire! We’re the home of the idiotic and meritless Occupy movement. Indeed, it’s quite common for our streets and bridges to clogged with- and closed by various groups spasmodically railing against one alleged outrage or another.

This is, of course, because NYC is heavily laden with Liberals and Progressives who find so very much in America that outrages them. 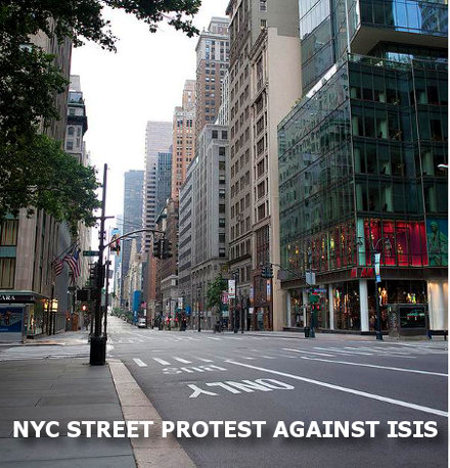 This is not to say that the protests by various Liberal and Progressive cells are spontaneous or performed without any forethought. They can and do carefully pick what outrages them and make some level of effort to ensure that they don’t have conflicting protests which might dilute their message.

And really! One can’t really expect them to protest anything that Muslims do; it might dilute the message of their protests against Israel, America, and Christianity…oh, and White people.

This entry was posted on Saturday, August 9th, 2014 at 9:37 am and is filed under Politics. You can skip to the end and leave a response. Pinging is currently not allowed.