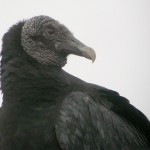 Whenever anything is dying the vultures start to circle, looking to garner to free meal off the carcass of whatever animal or person that has died. Many times, if the victim is weak enough, the vultures don’t even wait for their victim to expire before feasting upon it.

As gruesome as that is in nature, it’s even worse in the American political sphere. The vultures there don’t just feed on the victim; they feed on the victim’s damaged position to gain a free political advantage – most often at the expense of decent American citizens across the nation. 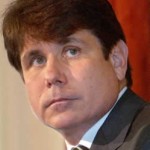 Illinois Governor Rod Blagojevich’s political career – and hopefully his life as a free man with full enfranchisement as a US citizen – is coming to a painful and bloody end. Blagojevich’s demise is self-inflicted; his rampant, open and unrepentant corruption and criminality has caught up with him.

Much like political “suicide bomber” though, Blago intends to take a bunch of people with him.

Call The Vultures To The Feast

The Democrat controlled US Senate has boldly, plainly, and surprisingly succinctly stated that they will not seat whoever Gov. Blagojevich appoints to replace Barack Obama as the junior Senator from Illinois. Originally Blago seemed to accept that, but the vultures – blackfaced vultures in this case – in all their reeking and foul glory were already circling the doomed Governor.

Blagojevich saw the nasty possibilities of these vultures and quickly reversed his decision to not attempt to appoint anyone to fill the IL Senate seat recently vacated by President-elect Obama.

So when Roland Burris expressed an ongoing interest in the Senate appointment, despite the taint that Blagojevich’s appointment would smear upon it, Blago saw his chance to attack the Democratic party that had wisely abandoned him.

Using Burris much as jihadi would use an Improvised Explosive Device (IED), the Governor appointed him to the Senate seat, putting the Senate in the position of having to surrender to political terrorism or deny Burris the appointment and thereby de facto exclude any Blacks from the current Senate.

Burris isn’t so much an agenda driven political operative as he is an opportunist. After a long political career that stalled out unexpectedly, he has realized that this is his last best shot at regaining political power.

Remember, this is the man who’s had a mausoleum built for himself in a south side cemetery with his accomplishments carved in stone under the words “Trail Blazer.” 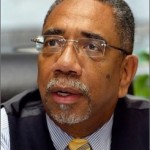 The next vulture to come winging in to the feast was Rep. Bobby Rush – a particularly vile political scavenger. Rush, co-founder of the Illinois chapter of the Black Panther Party, was quick to demand that Obama’s vacated Senate seat must be filled based on racial criteria. In his limited view a Black must be given the seat no matter what.

It took Rush no time at all to start squawking about race.

The aging radical immediately took center stage in the circus that Blagojevich created and began playing the race card for all it was worth. The former army deserter and convicted criminal, Rush started with the ever popular lynching reference:

Nice. There’s nothing quite like having ranting Black politician trying to stir up race hate by using such charged terms as “hang” and “lynch.” But Rush is much like syphilis; he’s the unwanted gift that keeps on giving. He continued…

This is a matter of national importance. There are no African- Americans in the Senate, and I don’t think that anyone — any U.S. senator, who’s sitting in the Senate, right now, wants to go on record to deny one African-American for being seated in the U.S. Senate. I don’t think they want to go on record doing that. And so, I intend to take that argument to the Congressional Black Caucus.

So the “Deputy Minister of Defense“‘ for the Black Panthers, Bobby rush, made an explicit attempt to recast the situation in solely racialist terms. And then he added a threat, as is so typical of his sort.  He tries to say that any senator who opposed Burris’ seating as the junior senator from Illinois — for any reason whatsoever — desires an all-white body in the US Senate.  His mouthings claims that the Senate  are racists or, at the very least, uncaring of the supposed need for diversity ,and are no friends of minority Americans.

And yet this vulture still wasn’t done spewing his racist, Black Power filth across the media. This morning, Dec. 31st, 2008, on CBS, Boby Rush  compared the possibility of the U.S. Senate refusing to seat Burris to Orval Faubus, George Wallace and Bull Connor blocking the progress of integration and civil rights.

MAGGIE RODRIGUEZ: Yesterday we heard you say they shouldn’t hang and lynch the appointee to punish the appointor.  But do you believe this is the way the only African-American senator should be seated, tainted rightly or not by a scandal, and against the objections of most of his own party?

BOBBY RUSH: Well, let me just say this.  You know, the recent history of our nation has shown us that sometimes there can be individuals and there can be situations where schoolchildren, where you had officials standing in the doorway of schoolchildren.  I’m talking about Orville Faubus back in 1957 in Little Rock, Arkansas.  I’m talking about George Wallace.  Bull Connors [sic]. And I’m sure that the U.S. Senate don’t want to see themselves placed in the same position.

Oh yeah – the vultures are circling and looking to feed of of Blagojevich’s political corpse. Sadly, some of them are a particularly disease-ridden variety of scavenger who want to feed off of a lot more than just Illinois’ felonious soon-to-be ex-Governor.

This entry was posted on Wednesday, December 31st, 2008 at 4:40 pm and is filed under Politics. You can leave a response, or trackback from your own site.