A number of the world’s governments are very concerned about the Obama Regime’s agreement with Iran over that nation’s ongoing attempt to develop nuclear weapons. Even more so, they are very concerned with the probability that Iran has violated the existing 2013 interim agreement covering such things.

As bad as that is, what the nations should be worried about is the Obama Regimes continued, consistent, and ongoing defense of Iran against all the nations who are so worried. 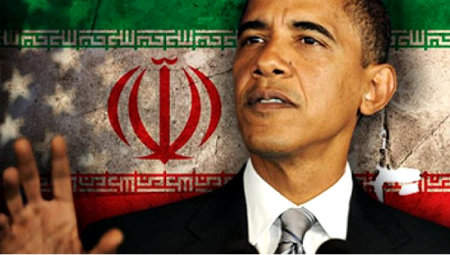 For over a month now the Obama’s State Department has been staunchly defending Iran from accusations that it was on the verge of violating a requirement to reduce its low-enriched uranium stockpile under a 2013 interim nuclear with major powers. They’ve also been “deflecting” international criticism of continued Iranian violations of UN sanctions and reports of attempts to illicitly procure nuclear technology for use in activities the West wants it to suspend. All this despite the fact that the Obama Regime admits to being aware of suspected breaches.

Don’t be mistaken. Such behavior on Obama’s part is not surprising. He’s merely lending material aid and comfort to his allies and defending them from their joint enemies.

This entry was posted on Thursday, July 9th, 2015 at 8:28 am and is filed under Politics. You can skip to the end and leave a response. Pinging is currently not allowed.