People wish a lot of things, especially for changes in the government. In America these wishes, like the wishers themselves are divided into two major camps. There are the Americans who wish to improve the government and the Liberals, Progressives, and their jabbering minority tenants who wish to fundamentally change it.

Sadly, however, it seems that many Americans are engaged in backassward thinking. They’re wishing for the converse of what they should be wishing for. 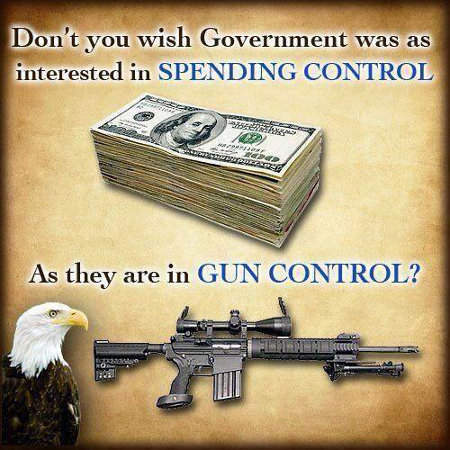 Don’t You Wish The Government Was As Interested In Spending Control As They Are In Gun Control?

Given the nature of the government, and the pathetic state of the electorate caused by warm body franchise and refusal to properly purge the voting rolls, we Americans should not be wishing that the government was as interested in Spending Control as it currently is in gun control.

Be careful what you wish for; you just might it. Hasn’t Obama proved to be enough of a Monkey’s Paw to make this point abundantly clear?

We should be wishing – and acting however is needful to make our wishes reality – that the government was only as interested in Gun Control as it is currently interested in Spending Control.

To put it bluntly, until Americans have retaken the American government, via ballot, bullet, or well-placed bomb, any wish that the politicians take an active interest in anything is a wish for the further degradation and devolution of America. There can be no rational thought of Liberal and Progressive politicians’ interest in anything being good for America.

This entry was posted on Monday, January 21st, 2013 at 8:17 am and is filed under Politics. You can skip to the end and leave a response. Pinging is currently not allowed.