I love it! Nothing says hope more than some good, old-fashion thumbing your nose at whatever’s scaring you.

This entry was posted on Friday, April 10th, 2020 at 9:16 am and is filed under Society. You can skip to the end and leave a response. Pinging is currently not allowed. 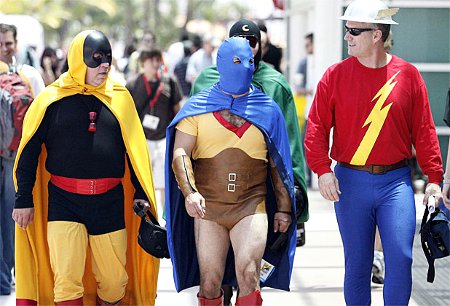 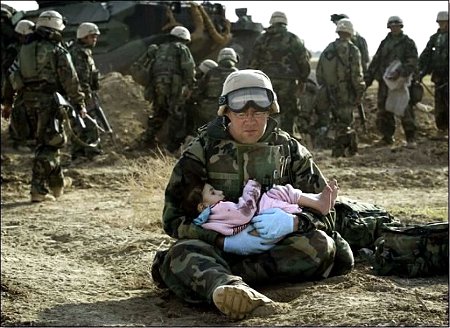 This entry was posted on Tuesday, July 3rd, 2012 at 12:27 pm and is filed under Society. You can skip to the end and leave a response. Pinging is currently not allowed.

US Senate Democrats want to significant change the current Senate procedures. They want to streamline the process and curb the ability of the minority party to block pending legislation via use of Senate procedures such as the filibuster.

The immediate, pertinent, and critical question before Americans is whether this desire of the Democrats is stupid, brave, or evil.

As reported by the New York Times:

WASHINGTON — Frustrated by regular filibusters and other procedural blockades, Senate Democrats are urging their leadership to negotiate with Republicans to change the rules that govern how the Senate does business.

The Democrats would leave intact the ability of the minority party to filibuster legislation and nominations, meaning that in most cases it would still take 60 votes to get anything done in the Senate. But they want to require senators to be on the floor if they intend to try to debate a bill to death and would make other changes to streamline the Senate’s operations, including ending the practice of secret “holds” by a single senator on legislation or nominees.

Republicans are likely to resist, and should no compromise be found, some Democrats are prepared to propose their own package of rules changes on the first day of the session.

This is certainly both interesting and ironic. It’s interesting because the premise that partisanship and use / misuse of Senate has reached the point that it often interferes with the Senate getting anything accomplished and changing the procedures in some fashion may well be needed. It’s ironic because this behavior started with a Democrat Senate minority under President Bush.

But interest and irony don’t address whether the Democrats desires are based upon is stupidity, bravery, or evil.

That the Senate Dems are being childish, shortsighted,  and stupid is certainly the easiest answer. Frankly, when dealing with any grouping of people it is almost always wiser to attribute to stupidity what one might otherwise attribute to some other motivation.

There are 23 Senate Democrats 2 Independents who consistently caucus with them up for reelection in 2012 and only 8 Republicans. Simple math combined with the current political climate indicates that the Republicans will win the Senate majority in the 2012 elections. Hence, anything they do to weaken the minority party will certainly come back to haunt them in the near future.

There’s also the chance, albeit a slim one, that the Senate Democrats are being brave and putting the needs of the nation before their personal desires. With the odds on bet being that they’ll shortly be the minority party in the Senate it could be an act of courage and statesmanship to curtail what power they will soon be limited to.

It is most certainly a surety that something needs to be done to modify Senate procedures. They’ve reached the point where it is almost impossible to get anything accomplished without a level of “sausage making” that is nothing but legally excused corruption and bribery. If the Democrats in the Senate are actually honest in their goals, this is a rare act of statesmanship, patriotism, and courage.

This could all just be a show played out to trick the American people into thinking that the GOP is nothing more than needlessly obstructive. These Democrats could easily be planning on offering up an unacceptable set of changes, forcing the Republican to block them, and then claiming that those Senate Republicans just want to shutdown the government.

Since some of the Democrats are openly speaking of trying to invoke the untested-to-date “constitutional option” on the opening day of the next Senate session, self-centeredness and evil as motivation for their actions has some evidence to support it.

I’d truly like to believe that the Senate Democrats are showing a rare occurrence of bravery and statesmanship; I’m more than willing to believe and settle for their actions are based upon shortsightedness and stupidity; history, however, indicates that self-centeredness and outright evil has a very good chance of being what is behind the Democrats’ desire to change the Senate procedures.

It is, however, far too early to make a judgment upon this matter. The American people must watch and wait until we have enough information to make the decision as whether the Senate Democrats are being stupid, brave, or evil.

This entry was posted on Friday, December 24th, 2010 at 7:08 pm and is filed under Politics. You can skip to the end and leave a response. Pinging is currently not allowed. 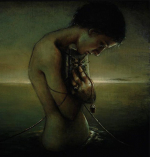